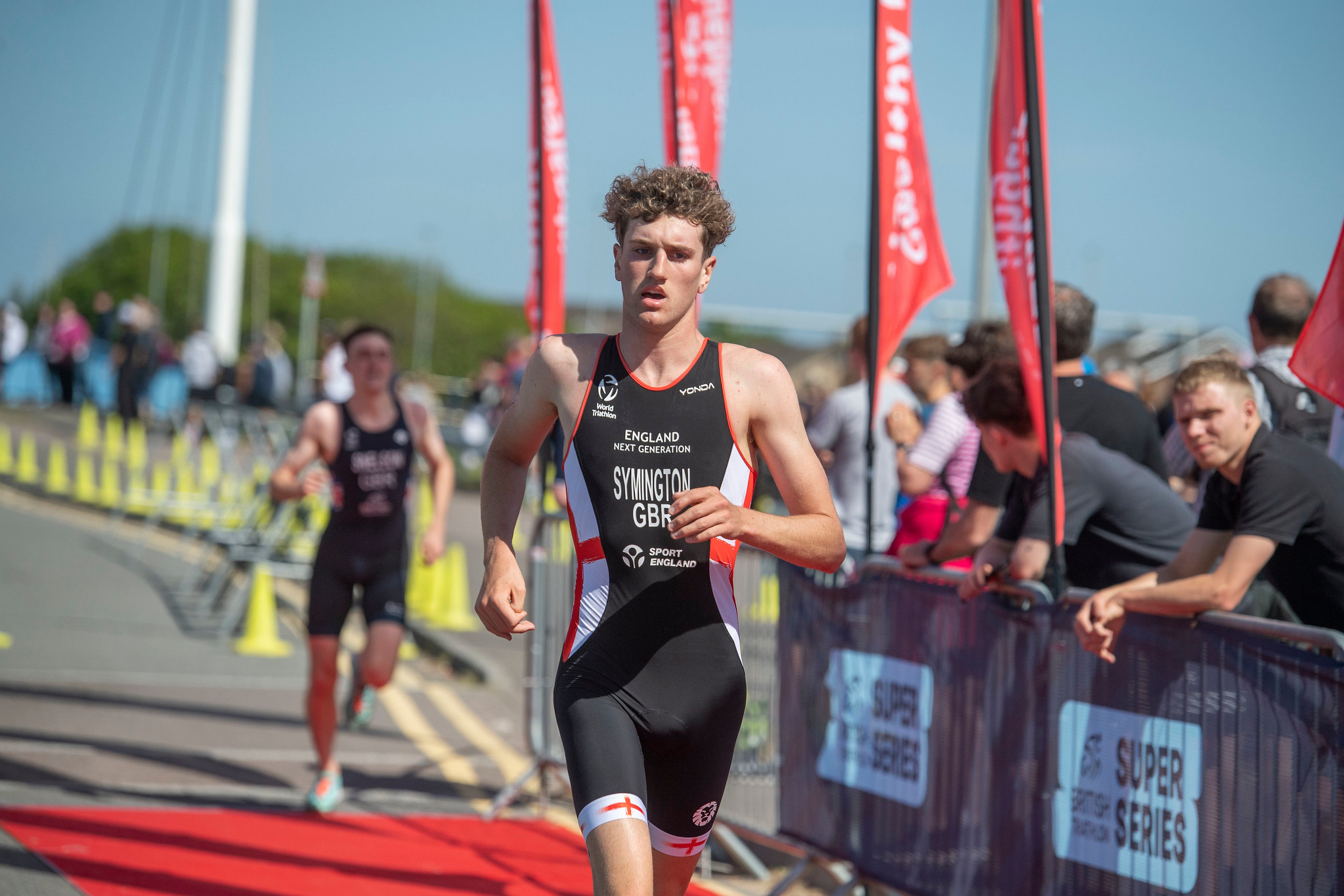 After the first aquathlon event was held at Lochore Meadows, Bowood House hosted the second of the two parallel swim-run events in this year’s British Triathlon Youth & Junior Super Series.

Youth and junior athletes competed at either Lochore or Bowood with both carrying equal Super Series points, delivering two weekends of exciting racing. With athletes racing three times over the course of the day at each event, the best two results for each athlete counted towards the final event standings.

Joshua Prendergast picked-up maximum points in the Youth A Male category after ending the day with three wins from three races.

In race one, Prendergast had more than a minute advantage exiting the 800m swim, before extending his lead further on the 1km run to claim his first victory of the day ahead of Tom Wood in second and Harry Maxwell in third.

It was the same top-three in race two – a 500m swim and 1.5km run – with Prendergast again finishing ahead of Wood. Maxwell again came through the field on the run to cross the line in third.

Over the 300m swim and 2km run in race three, Prendergast completed his hat-trick of wins as Arthur Ballard claimed second spot ahead of another third-place finish for Maxwell.

No calculations were needed to confirm Prendergast at the top of the day’s Youth A standings, while Wood’s two second places secured second spot ahead of Maxwell, who completed his day of thirds with third overall.

Two victories gave Siena Stephens the full points haul at the end of the day’s Youth A Female racing.

A strong swim saw Stephens first out of the water and she remained in the lead all the way to the finish to start the day with a win in race one. There was a sprint finish to decide second spot with Gabriella Horne beating Annabelle Souter to the line by one second.

Race two also ended in victory for Stephens as she held off the challenge of Souter to ensure maximum points were heading her way. Souter was second ahead of Llanelli winner Lauren Mitchell.

After finishing third in race one and second in race two, it was third time lucky for Souter who was victorious in the final race. Mitchell finished second to ensure she ended the day with another high points total. Patience Lamb was only a few seconds further behind in third.

The maximum British Triathlon Super Series points went to Stephens thanks to her two wins, with Souter ending the day in second and Youth A points leader Mitchell in third. 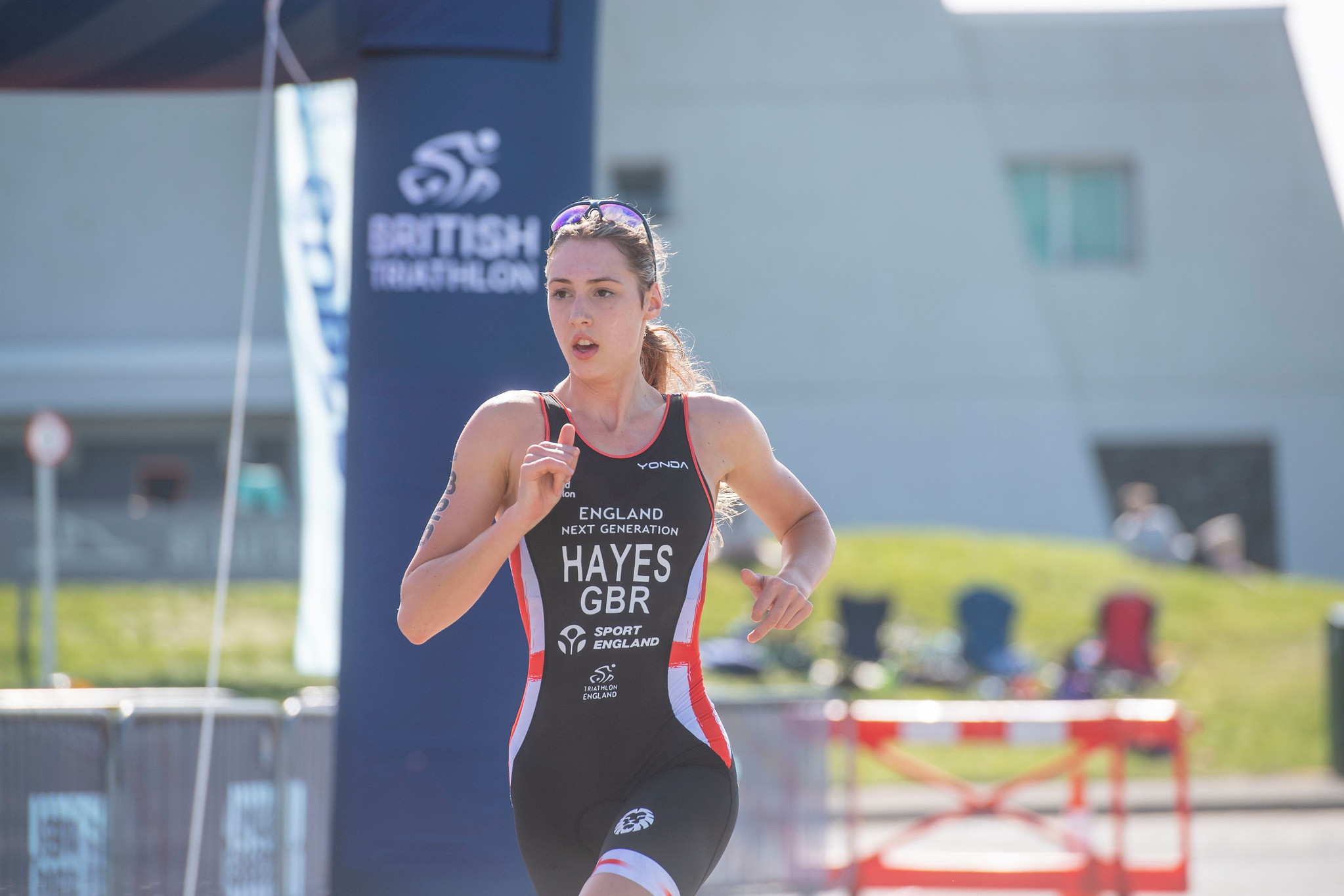 All three of the combined Youth B and junior male races had different winners, starting with Ryan Symington crossing the line first in race one.

Symington was first out of the 800m swim and maintained his position over the 1km run to cross the line ahead of Youth B athlete Matt Geddes. Michael Gar finished third with only 19 seconds separating the top-eight athletes.

After just missing out on the top-three in race one, Oliver Conway made up for it in race two, securing not only the Youth B victory but also the overall race win over the 500m swim and 2km run. Race one winner Symington was next to cross the line with Gar completing the top-three once more.

Onto the final race and it was a third different winner as Solomon Okrafo-Smart claimed the victory, but, as with the two previous races, only a couple of seconds separated the top-two athletes.

Conway was the athlete in second with Dan Galloway following-up his top-10 finishes from the first two races with another, this time finishing within the top-three.

Symington maintained his position at the top of the junior standings, collecting maximum points at Bowood ahead of Gar in second and then Okrafo-Smart and Hugo Jinks in joint third.

In Youth B, Conway led the day’s standings to continue his spot at the top of the series rankings, with Geddes and Christo Chilton picking up the second and third most points, respectively.

Daisy Burton was another multiple winner at Bowood, winning the first two races in the Youth B / Junior female category to collect maximum points.

In race one, Youth B athlete Burton finished 20 seconds ahead of junior athletes Issy Hayes and Alexandra Palotai-Avella, who were second and third, respectively.

A second win for Burton followed in race two which saw Megan Hornung cross the line in second to make it a Youth B top-two with Hayes completing the top-three.

Hornung went one place better in the third and final race, ending the day with a race victory ahead of Hayes and Youth B athlete Isabelle Price.

In the Youth B rankings, Burton ended the day in first, Hornung second and Abigail Davies in third. In the junior category, Hayes was the first junior across the line in each of the three races and topped the standings, with Abigail Baines in second and Hannah Mitchell third.

What’s next in the British Triathlon Super Series?

The focus now turns to the British Paratriathlon Championships in the Paratri Super Series on Saturday 16 July at Eton Dorney, before youth and junior athletes join the senior athletes at Mallory Park for a day of racing on Monday 25 July.