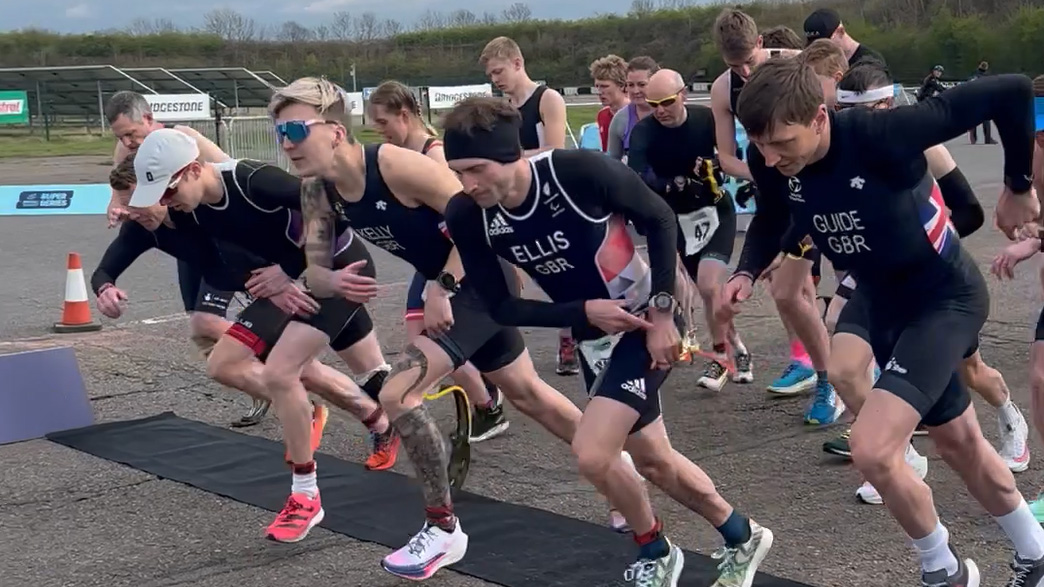 World and European champion Dave Ellis and his guide Luke Pollard were among the winners as nine British champions were crowned at the 2022 British Paraduathlon Championships.

The British Championships, held at Prestwold Hall over the super sprint distance, was also the first race of the British Triathlon Paratri Super Series and saw paratriathletes compete for Super Series points as well as British titles and medals.

Ellis and Pollard were competing in their first race since ending 2021 with gold at World Triathlon Para Championships Abu Dhabi, and they picked-up where they left of with victory and another gold medal to add to their growing haul. 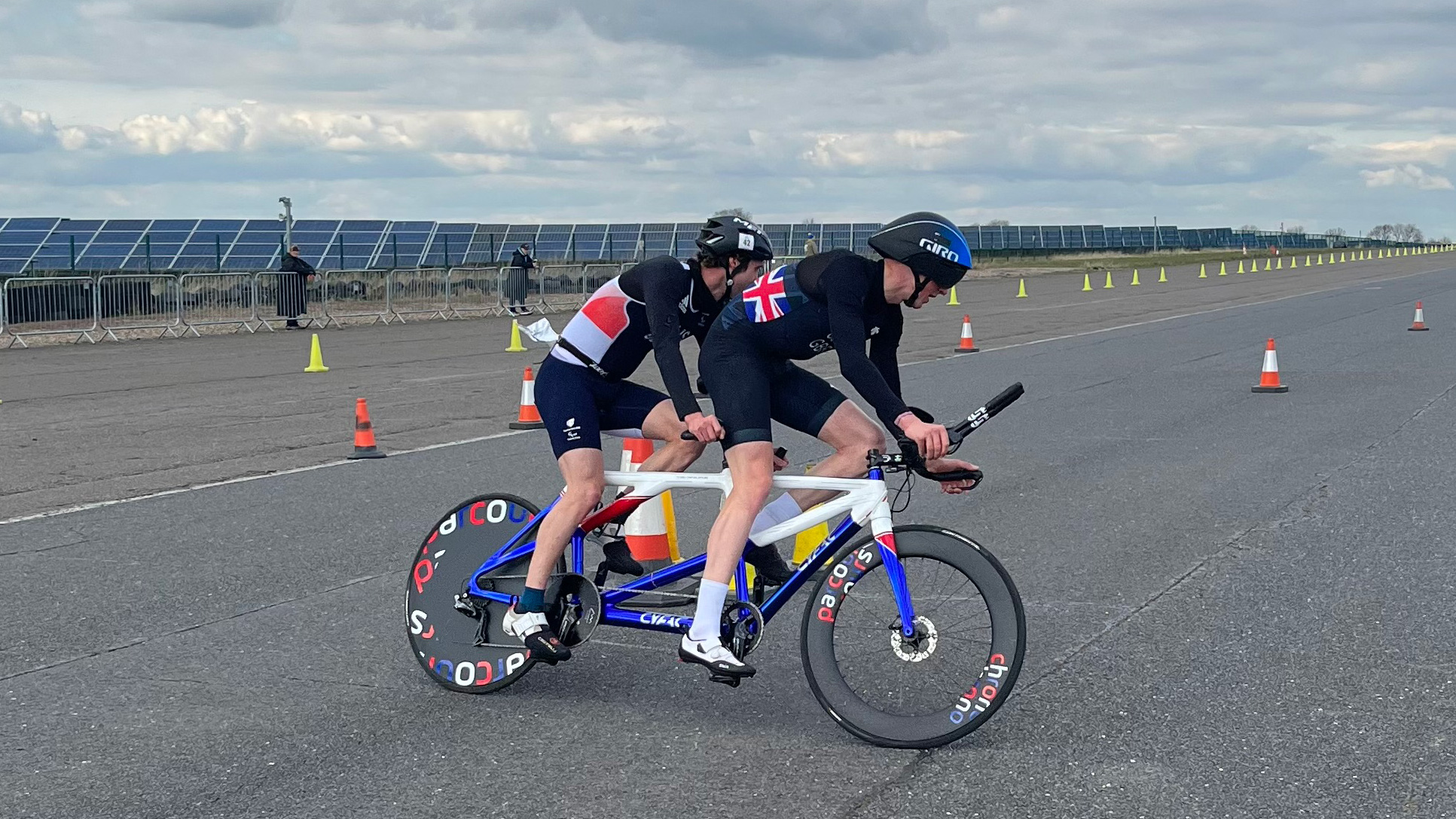 The duo crossed the line in 00:26:51 as they not only successfully defended the men’s PTVI title from 2019, the last time the British Paraduathlon Championship were held, but also saw Ellis claim his eighth British title across both paraduathlon and paratriathlon.

In the women’s PTS4, it was a return to the top step of the podium for Megan Richter, who became British champion for the second time, four years after her first experience of multisport ended in victory at the same championships.

Richter, who is a world and multiple European medallist in para-swimming, won in a time of 00:36:16 ahead of silver medallist Tammy Barrett, who was the overall female PTS4 champion in last year’s Paratri Super Series.

Having won five British medals prior to this year’s event, but never gold, Finley Jakes won gold in the men’s PTS4 to become British champion for the first time. Jakes (00:32:18) was over four minutes quicker than David Jones (00:36:41), who claimed silver ahead of last year’s Super Series winner Leigh Bland (00:37:48). Adrian Howden was fourth in 00:41:56.

In the PTS5 events, Michael Salisbury (00:29:08) added the British paraduathlon title to the paratriathlon gold he won last year, finishing ahead of Jack Green (00:40:03), who secured silver. The women’s event saw Cheryl Went earn the honour of being named British champion in a time of 00:38:19.

Bret Crossley (00:31:50) is now the reigning British champion in paraduathlon and paratriathlon having won his third paraduathlon gold in the men’s PTWC ahead of silver medallist Darren Williams (00:41:25). In the women’s event, Claire Danson is the new British champion, completing the course in 00:44:37.

For the first time, events in the British Triathlon Paratri Super Series are also open to paratriathletes who are not classified. In the open event, Ellie Spink crossed the line in 00:37:53, Claire Mercer 00:54:03 and Ella Bouvard 00:55:18.

The next event in the British Triathlon Paratri Super Series is part of the Llanelli Multi-Sport Festival on 14 May, before the British Paratriathlon Championships are hosted at Eton Dorney in July.