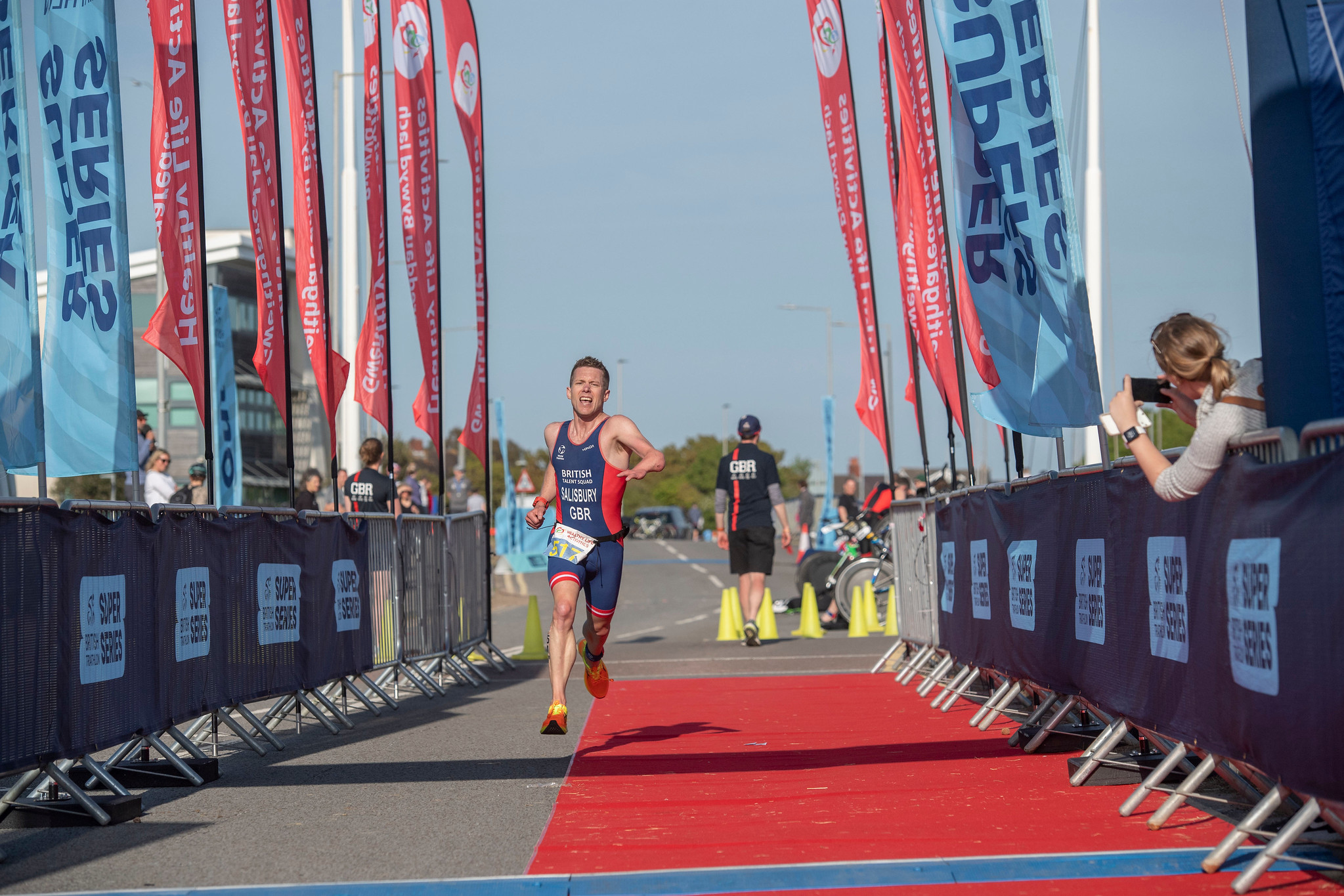 This year’s British Triathlon Paratri Super Series champions will be crowned in Sunderland where there will be a final opportunity for Britain’s paratriathlon talent to earn points towards the final standings.

There could still be changes at the top of some of the classifications with Sunderland also offering an additional third worth of points to the usual Super Series totals.

British champion Bret Crossley starts as the athlete to beat in the men’s PTWC as the current leader in the overall standings – he currently has a four-point advantage over Darren Williams and Crossley is confirmed on the start list for Sunderland.

Like Crossley, Josh Landmann raced in the World Triathlon Para Series race in Swansea and will return to the Super Series after placing second at the British Paratri Championships last month while Jake Woods, who is from the North East, is also competing in the men’s PTWC.

Louis Rolfe MBE only competed in his first triathlon last month, but the Paralympic para-cycling champion could end his debut season as Super Series champion after picking-up points in the super sprint race at Eton Dorney and then victory in Swansea two weeks ago.

Jack Howitt is the current leader, five points ahead of Rolfe, but is not on the start list for Sunderland, while Oliver Liddle, currently fourth, is from nearby Newcastle-upon-Tyne.

Regardless of the result in Sunderland, Felix Barrow will be this year’s British Triathlon Paratri Super Series champion in the men’s PTS3 after two wins and a second-place finish in the three races he’s entered in 2022.

Barrow is not competing in Sunderland with British champion Colin Wallace second in the standings, but Eton Dorney has been his only race this year.

Tammy Barrett could end the weekend top of the standing in the women’s PTS4 with Barrett only four points behind current leader Shona Brownlee, who is not on the start list for Sunderland.

Barrett, who has two second place finishes this year, is currently second in the standings, and will race in Sunderland, as will two-time world champion Hannah Moore, who will race for the first time in 2022.

Finley Jakes has already secured the men’s PTS4 title after three wins from the first three races including becoming British champion in both paraduathlon and paratriathlon.

It has the potential to be a memorable weekend for Michael Salisbury, not only because he’s in pole position to claim the overall series win, but this is a race he’s been targeting all year with it being near to where he lives in Newcastle-upon-Tyne.

Salisbury, a geography teacher and Assistant Head of Sixth Form, has won all three of the Super Series races he has entered in 2022 and is four points ahead of Tom Barnard, who currently occupies the silver medal position.

Three-time Paralympic medallist and 2017 world long jump T44 champion Stef Reid will line-up in the women’s PTS5 in what will be her first Super Series race, with current leader Cheryl Went guaranteed overall victory and will celebrate by racing at IRONMAN Copenhagen this weekend.

The male PTVI race in Swansea was one of the standout races of this year’s Paratri Super Series with Ronnie Robinson and his guide Joel Sharman holding off the challenge of Nat Costigan and his guide Jude Whale.

They will meet again in Sunderland where the stakes will be even greater as a win this weekend would move Robinson ahead of reigning World, European and Commonwealth champion Dave Ellis at the top of the standings.

Although there will be no overall prize for Katie Crowhurst after only racing once in the Super Series this year, the Commonwealth champion will be wanting to end her summer on a high after winning the Commonwealth title and a silver medal at Volvo 2022 World Triathlon Para Series Swansea.