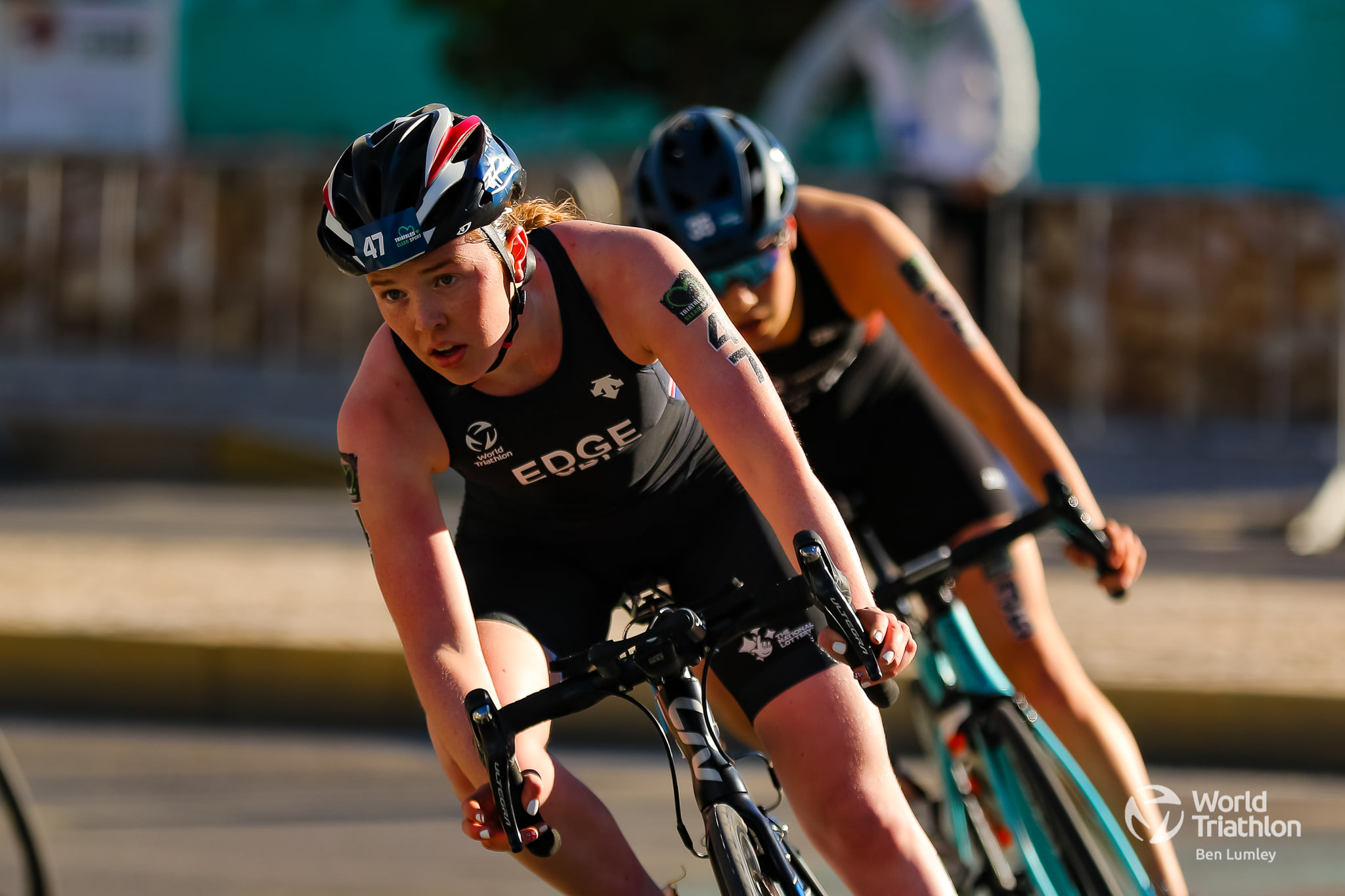 Junior athlete Lizzy Edge started the defence of her British Triathlon Junior Super Series title with victory at the Performance Assessments earlier this month which came at the end of a whirlwind week for the teenager.

In the space of seven days, the 18-year-old, from West Bridgford, claimed silver at the Europe Triathlon Junior Cup event in Portugal, sat an A-Level Spanish exam and won at the Performance Assessments just a couple of days later.

Edge has become used to having to manage her time as a student and as a triathlete having also previously had to find time for football training when she was younger. At the time, Edge was a youth player at Derby County before making the decision to focus on triathlon in her early teenage years, making her debut at the British Triathlon Super Series in 2018.

“I had already seen some of the Super Series races from when I had been competing in TriStar at Leeds,” Edge said. “It’s definitely different from TriStar because there’s people from all over the country competing.

“The Super Series is always really competitive and it’s definitely helped me in my development. I really enjoy it because I get to meet a lot of new people. The big thing for me was just trying to enjoy myself and get used to racing at that level because it was definitely very competitive.”

Having made her debut in Youth B and finishing sixth overall in 2018, the following year Edge made the step-up to Youth A, with the two Youth categories based on age. After securing top-two finishes in all four of the races she entered, including victory at the Performance Assessments, her season culminated in a fourth-place finish in the overall Youth standings.

With no British Triathlon Super Series in 2020, Edge returned to Great Britain’s national series in 2021, ending the year as the overall junior female series champion after winning three of the four races she entered. 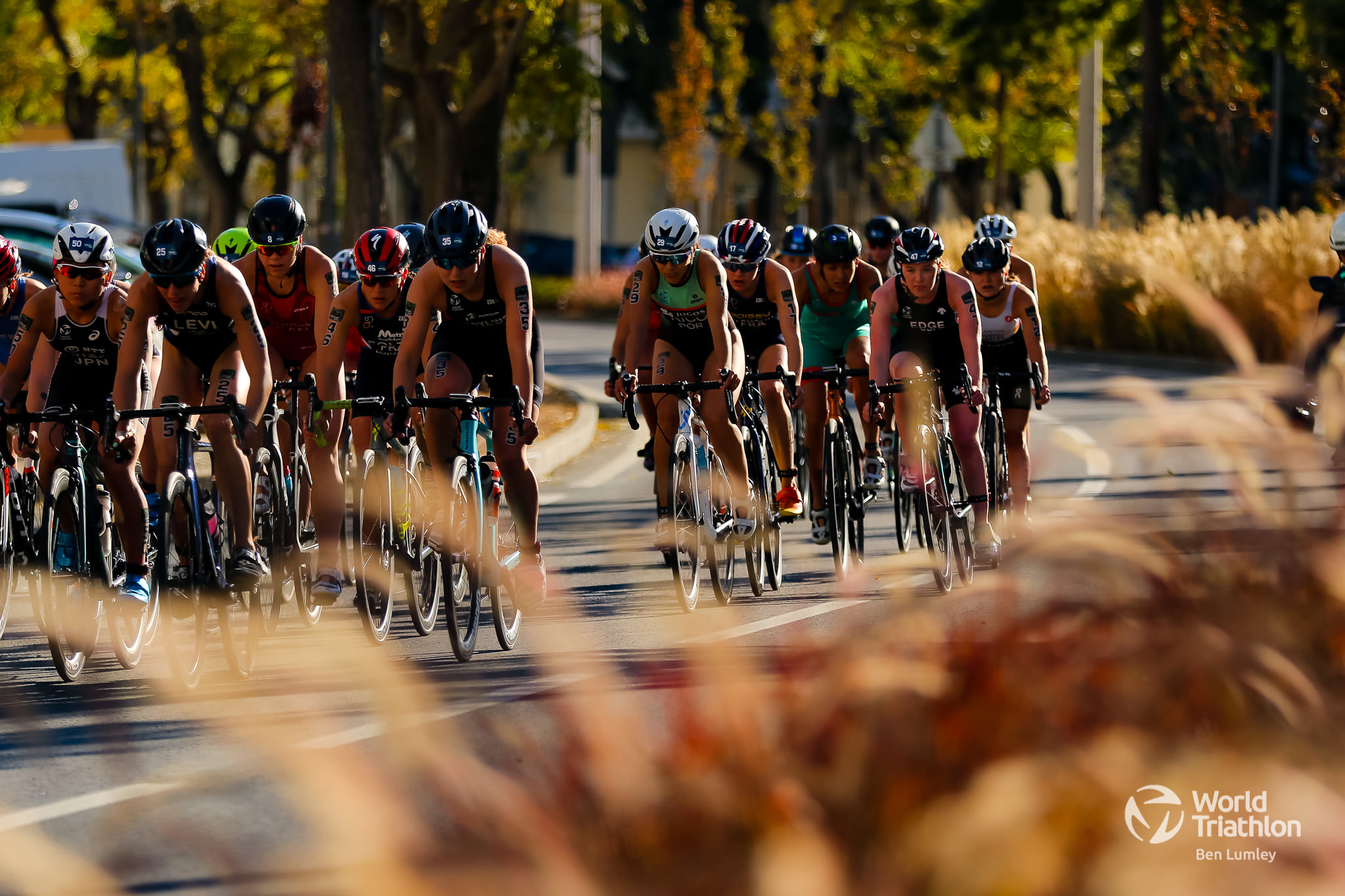 “I had a really good start to the season,” Edge reflected. “I won the European selection race in Llanelli, but unfortunately my brother got Covid a few days before we were meant to fly out for the Europeans, so I wasn’t able to go and race there.

“I did some races after that to keep the racing going, but I was injured a little bit in the summer. My main goals were the junior worlds, so I did work for that, and I managed to get selected. That race in November was really good even though I didn’t race as well as I wanted to, but it was a really good experience with the best in the world and definitely made me want to do more races like that.

“I was really pleased I was able to end the Super Series with the overall victory, bringing together all the hard work throughout the series across all the different races and formats.”

Edge has already made a bright start to 2022, claiming silver at her first Europe Triathlon Junior Cup event in Quarteira at the end of March, before ending the Performance Assessment Weekend as the fastest junior female and the third athlete overall in the combined women’s junior and senior race.

“Silver meant a lot to me and it definitely gave me a lot of confidence heading into the next races and the upcoming races in the Super Series,” Edge said. “Performance Assessments is always a good bench marking race to see where I am. When I got onto the run I just thought ‘right, I need to keep going now’ and just did that until the finish.”

Currently preparing for her summer A-Level exams, the Year 13 student has got a busy few months coming-up.

“I’m really looking forward to the Super Series again this year,” Edge added. “It’s always really competitive racing. I always enjoy racing at Llanelli and I’m looking forward to seeing what Sunderland is going to be like because that’s completely new and will be something different this year.

“But because of my A-Levels and the dates of the European and World Championship events I’m just going to see how it all goes and not put too much pressure on myself.”