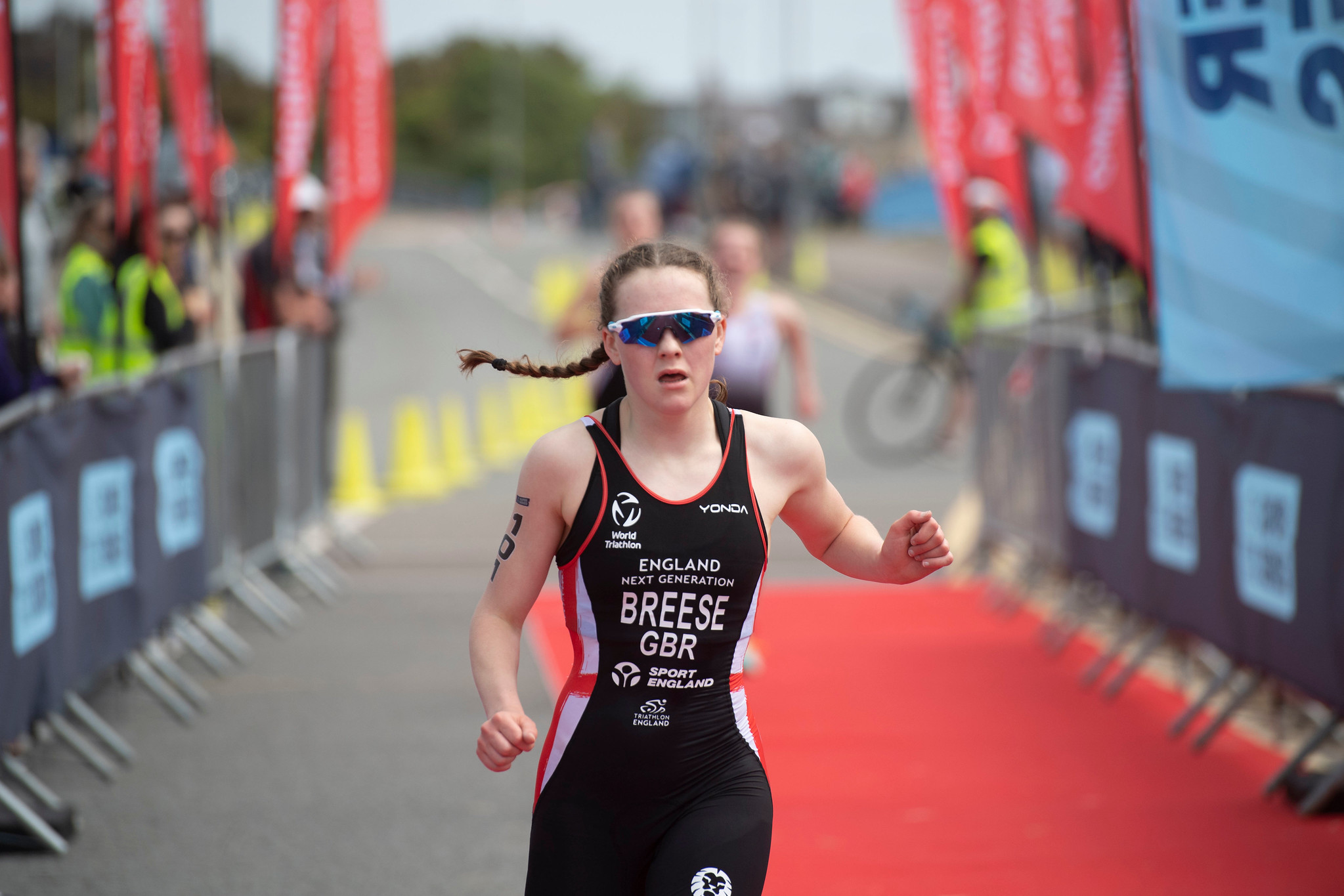 Ever since Sunderland was announced as the host of this year’s British Triathlon Super Series Grand Final, the North East duo of Millie Breese and Brandon Pye have had their ‘home race’ marked on the calendar.

With just less than a week to go until the national swim, bike and run event takes place around Roker’s seafront (20-21 August), their excitement has continued to build after they both had a recent course recce and top-two results including a win for Pye at the last Super Series race at Mallory Park.

The Grand Final couldn’t be much closer to being a home race for Pye with the 16-year-old living in Castletown, only five miles away from the Grand Final course, and he will travel the short distance to the race start currently ranked second in the Youth A standings.

“Roker seafront is five miles away from where I live so literally just down the road, I can roll out of bed and be there,” Pye said. “It’s a sea swim so it will be a bit of a funny one coming out of the water, but it’s a home race so I can get lots of practice in on the course and being a home race it will be such a great experience.”

Pye, who is part of the North East Regional Academy and England Next Generation programme, started triathlon when he was age 12, but has had a disrupted few years due to injury and then the Covid pandemic.

“I had just gone into secondary school and my friends were doing triathlon and because I already swam and run, I decided to take it up,” Pye said. “Cycling was something that people said you can learn the technical aspect and it’s progressed from there. I got injured during my T3 [TriStar 3] year which I didn’t realise because of Covid was going to be my last year as a TriStar, but from Youth it’s just took off from there.

“I really enjoy competing in the Super Series because it’s a chance to race against the best in the country multiple times throughout the year. It’s a really good experience and you learn something new every race. My result at Mallory Park was way beyond any expectations. My aim was to try and win Youth A for rankings, but to win Youth A and qualify for Europeans is the best I could have hoped for coming into this.

“It’s the first time triathlon has really come to Sunderland so it’s a good chance for more people to get involved in it, anybody, any age. Being able to see us and juniors and seniors competing at a national level will hopefully inspire other people to take up the sport.” 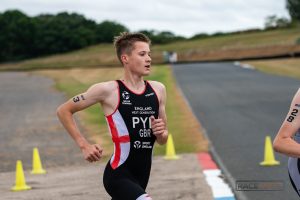 The North East will be well represented in their home region with Alnwick’s Millie Breese one of the stars of this year’s British Triathlon Youth & Junior Super Series and makes the journey south as the leader in the Youth B rankings.

“Sunderland is a home race for me with it being in the north east so it will be home supporters and it’s always great having supporters cheering your name, it really motivates you during a race,” Breese said.

“It’s a sea swim which I really like because I live right by the sea so I’m able to get quite a lot of sea swimming in. We did a training session there and the course is going to be hard, but it looks really good, and it will be a fun race. It’s going to be tough but I’m really looking forward to it.”

Breese has finished in the top-two in each of the four events she has competed in this year, including wins at the Performance Assessments and Llanelli, to so far secure maximum points in the overall rankings.

“I just love the experience of being in the Super Series,” Breese added. “Every time you come to an event you see all your friends and the racing is a bonus.

“I’ve put in a lot of training, and I joined the ENG [England Next Generation] squad in September and that has really helped me. Being able to talk to Jordan [Hull, one of the ENG Athlete Leads] and reflect on stuff I need to improve and just have loads of supporters around me who want to help me get better and that’s really helped.”

To find out more, visit https://britishsuperseries.com/events/sunderland-grand-final/