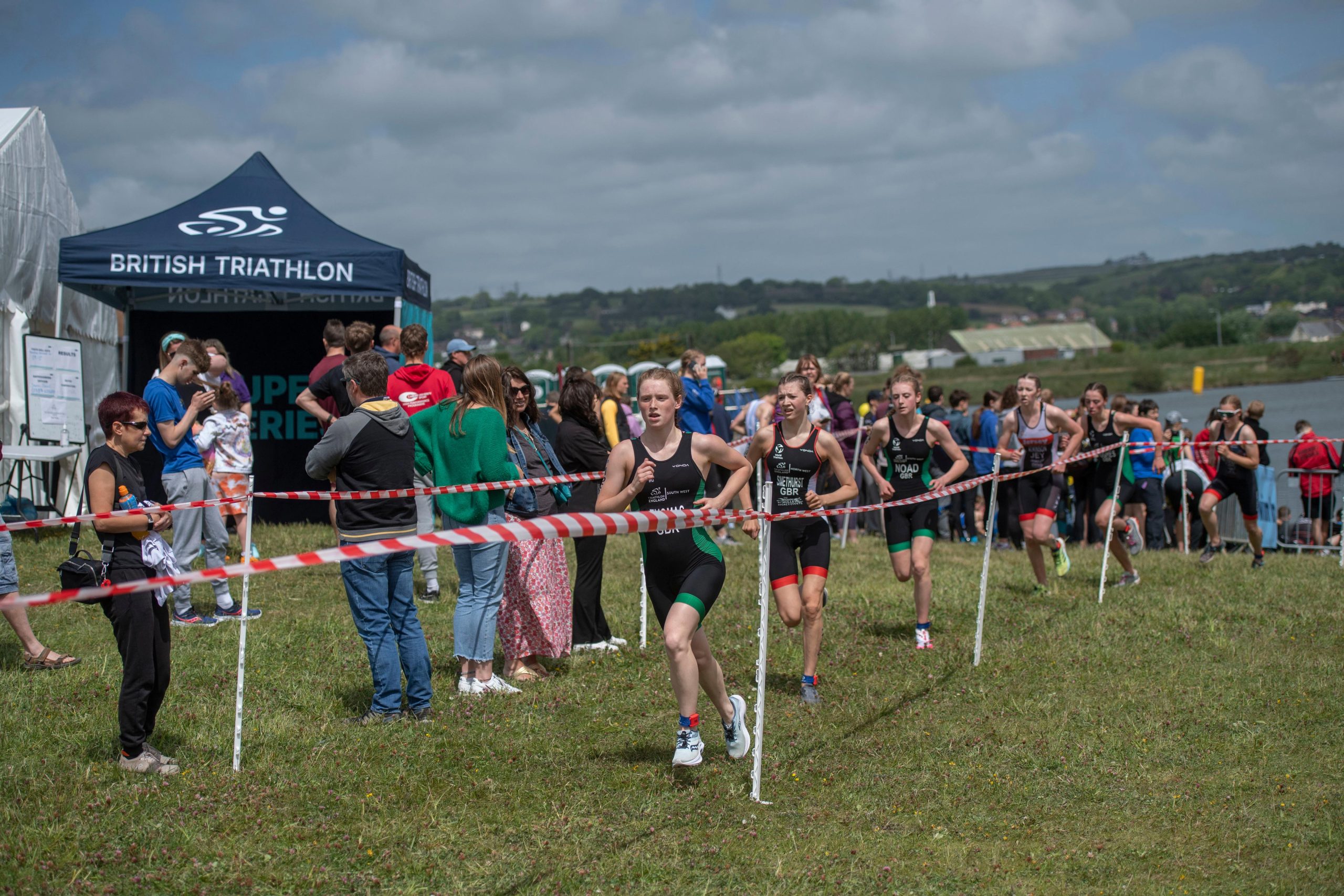 Youth athletes Lauren Mitchell and Deri McCluskey secured maximum points in the British Triathlon Youth Super Series after victories in Llanelli, while there was also maximum points for Millie Breese and Alex Dack who were the first finishers in their respective Youth categories.

The Youth Super Series is split into two categories – Youth A and Youth B – with younger athletes (born in 2006 or 2007) racing in Youth A and athletes born in 2005 in Youth B, meaning even if athletes don’t win overall, they could still claim the win and maximum points in their respective category.

Llanelli has been a regular host on the British Triathlon Super Series in recent years, but, for many of the athletes competing in the Youth Super Series this year, it was their first visit to the South Wales town.

One athlete who certainly felt at home was Deri McCluskey as the Youth B athlete earned maximum points with victory in the Youth Male Tier 1 race, one of two Welsh winners in the Youth Male races, as Finley Bruce took the win in the earlier Tier 2 race.

Like all of the races across the day, the decisive race-winning move in the Youth Male Tier 1 race came on the run, which for the Youth athletes was 2.5km after a 375m swim and 12km bike.

McCluskey, Oliver Conway, Luke Holmes and Josh Cumberland, who was first out of the North Dock swim, all headed onto the run together. But it was McCluskey who made the decisive move along the Millennium Coastal Path, finishing six seconds ahead of Cumberland.

Speaking post-race, McCluskey said: “I’m not going to lie I was not expecting to get anywhere near that, so I’m really pleased, it was a great race. Racing in the Super Series is always an amazing experience, every event feels like a massive race but it’s such a nice environment to race and develop.

“This is the closest race to home for me, it’s still three hours away but to be able to get the win in Wales is amazing and there was really good support out there which was great to experience.”

Alex Dack was the quickest of all the athletes in the field on the run to claim the Youth A win and third overall. Joshua Prendergast was the second quickest in Youth A, finishing sixth overall, one place ahead of fellow Youth A athlete Harry Maxwell.

Reflecting on his first Super Series race in Llanelli, Dack said: “It was great fun. It’s really nice to be racing in an event like this. It’s such a high standard, so I didn’t come into this with much expectation. I wasn’t sure where I was going to finish so to come through and finish strong is a good feeling.”

McCluskey’s win in the Tier 1 race followed a home win for Finley Bruce in the opening race of the day – Youth Male Tier 2. Youth A athlete Bruce was six seconds quicker than Daniel Van Aardt and 10 seconds ahead of Tristan Cumberland, both Youth B. 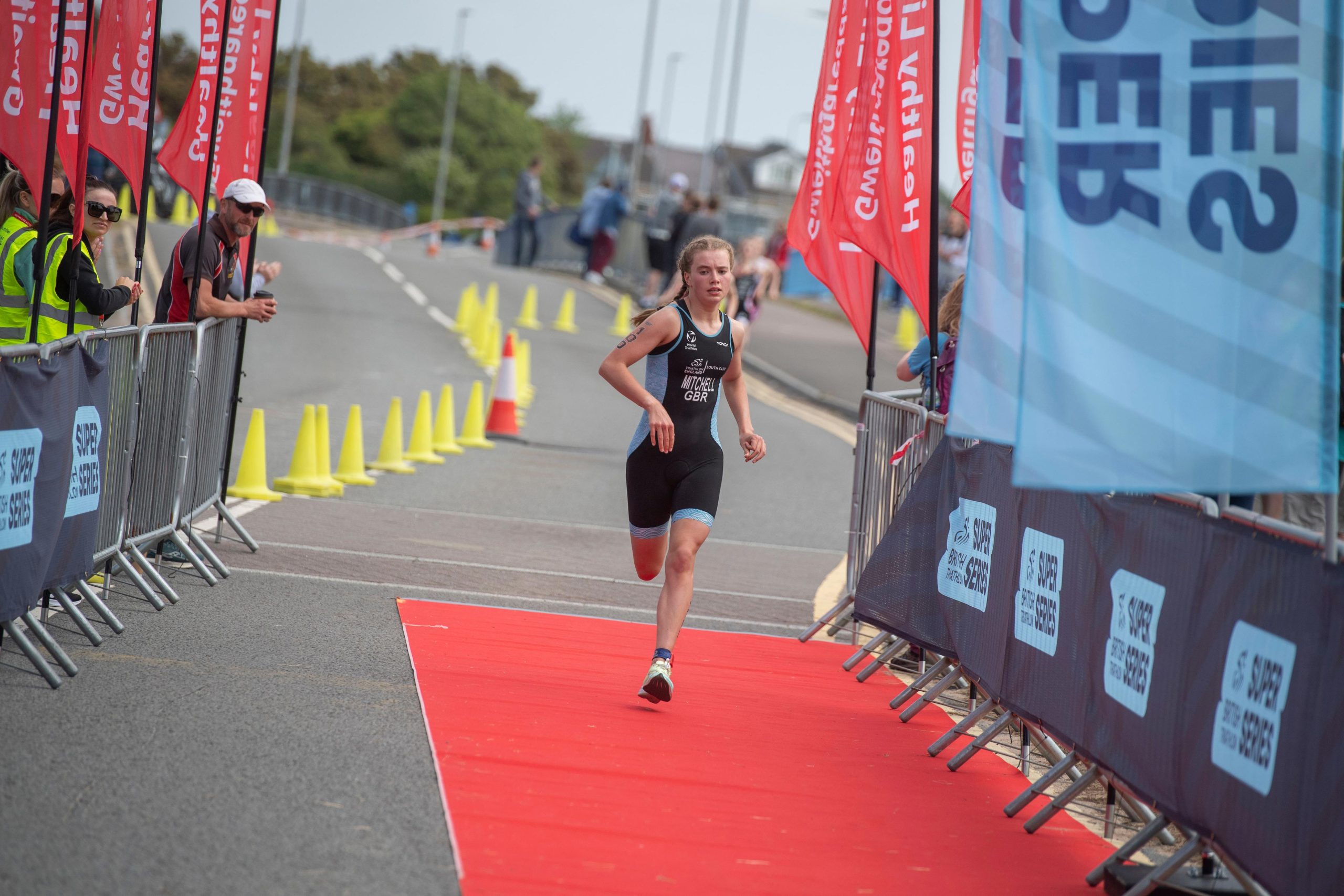 Just like the Youth Male race, it came down to the run, with 10 athletes coming into transition two together. On the run, it still remained close all the way to the line with the top four athletes separated by only eight seconds as Mitchell finished strongly to claim both the overall and Youth A win.

Speaking after the race, Mitchell said: “I’m really happy and really pleased to have experienced something like this. It was good to race against some really experienced athletes.

“I didn’t have a great swim but I managed to get into the pack on the bike and the older athletes dragged me along a bit. On the run, I wasn’t sure how my legs would be, especially as Millie [Breese] is a really good athlete and I was struggling a bit on the run, but I managed to pull something out of the bag at the last minute.”

Last year’s second placed athlete overall in the Youth Super Series, Millie Breese was second, five seconds behind Mitchell, but takes maximum points back to the North East as the first Youth B finisher.

After the race, Breese said: “I love racing in the Super Series, coming out seeing all your friends and racing in different places. I came here not really knowing who was going to win, I knew I could have a chance, but I just knew I had to go hard on the swim.

“I knew the bike pack would end up being big in the end and then it came down to the run and I know from the performance assessments a few weeks I’m able to outrun others, so it was a case of sitting on the front of the run and seeing how much I had left, but it was hard all the way to the finish.”

For Llanelli results and the overall standings, please visit https://britishsuperseries.com/