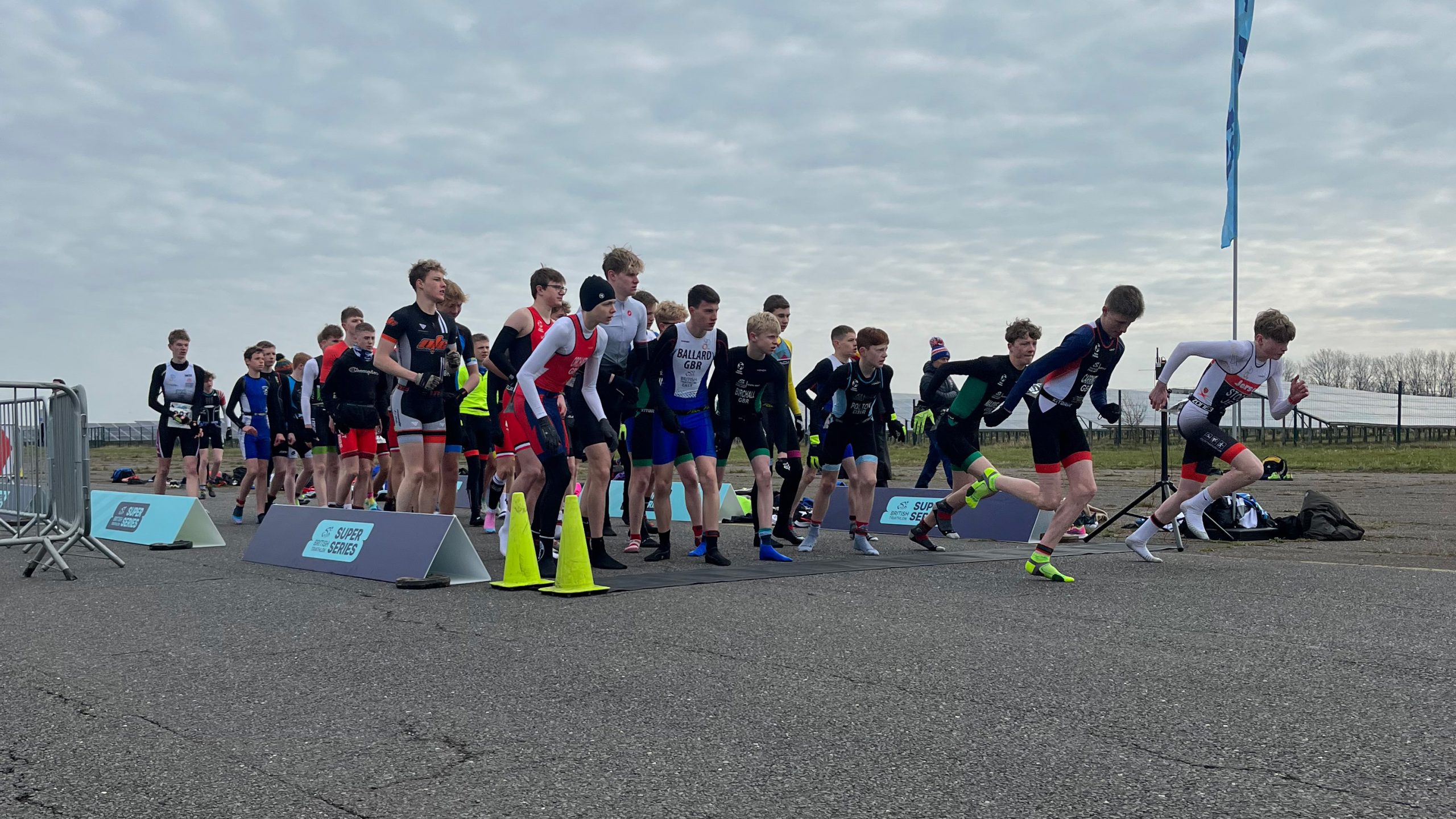 Over 400 athletes took part in the Performance Assessment Weekend as British Triathlon Super Series 2022 got underway.

Youth, Junior and Senior athletes were involved in the Performance Assessments which saw athletes complete a swim time-trial at the University of Nottingham, before taking on a combined bike-run at Prestwold Hall in a pursuit format.

The swim times from Saturday set the order and intervals for when each athlete would start their respective race on Sunday which made for a thrilling day of racing in each of the categories.

Having picked up from where they left off on Saturday, athletes started without shoes, as if exiting the water, and then ran into and completed transition one before going onto complete the bike, transition two and the run.

The racing began with Youth Women where Super Series debutant Lauren Mitchell not only claimed the victory in her respective age category of Youth A but finished ahead of the older Youth B athletes.

Following Mitchell over the line was last year’s Youth A runner-up Millie Breese. Competing in Youth B this year, Breese began her 2022 series as the first finisher in her new category to start with a win. Only eight seconds separated the top-three Youth B female athletes with Gabrielle Hodson and Ellie Van Der Merwe finishing second and third, respectively.

Gabriella Horne and Macy Noad completed the top-three in Youth A behind Mitchell. 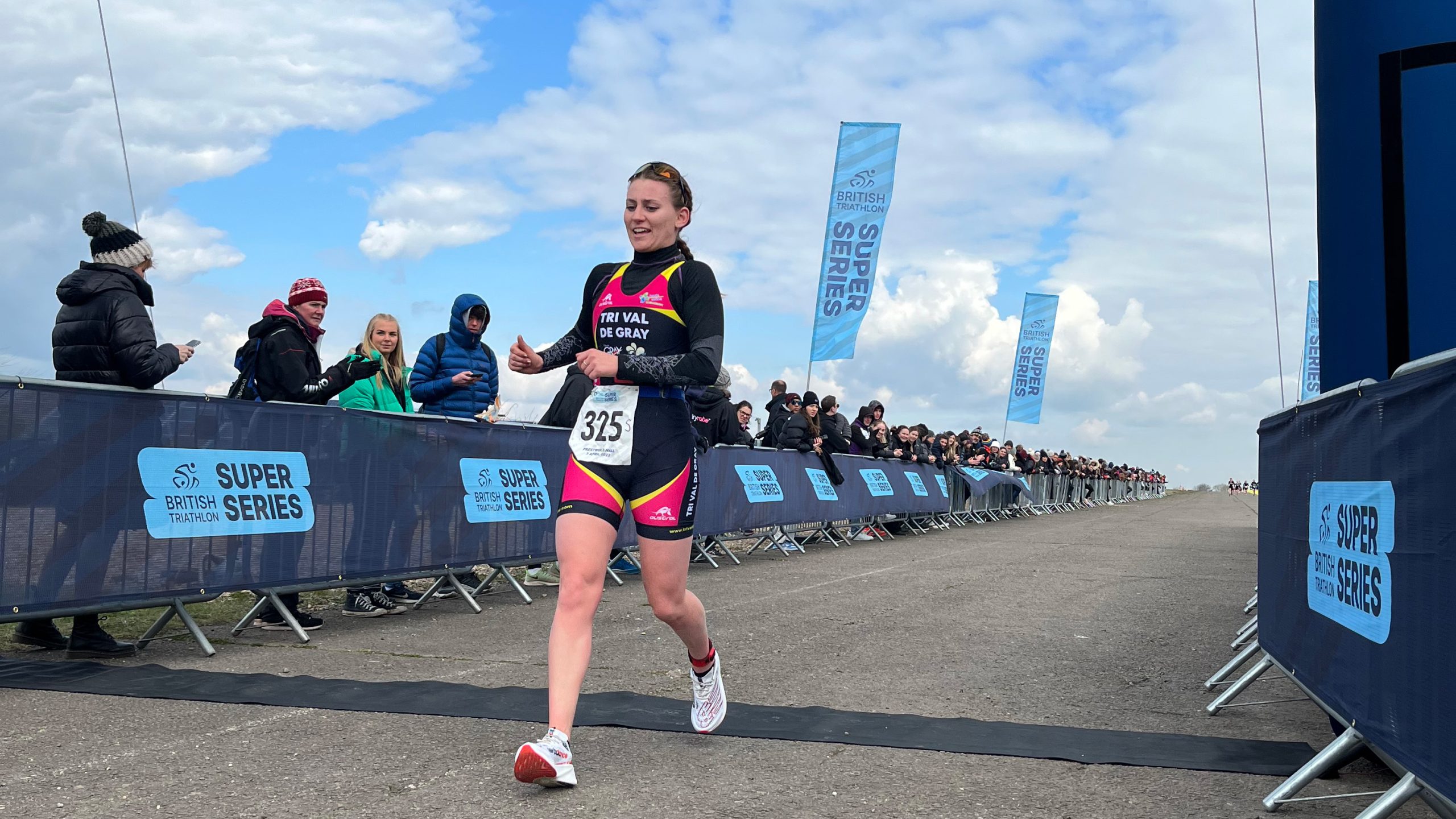 The conditions at Prestwold Hall were certainly cooler than many would have liked, but the opening race had certainly heated things up and now it was over to the Youth Men’s race to continue that trend.

Three seconds separated the top-two as race winner Oliver Conway crossed the line ahead of Christo Chilton, who was followed by Josh Cumberland, all Youth B, 15 seconds later in third who had been part of the lead group.

In the younger Youth A category, the victory went to Rory Bryant despite the best efforts of Brandon Pye who moved up to second on the run. Just over three seconds separated third to sixth with Patrick Atkinson completing the top three.

Next up was the combined junior and senior women’s race with last year’s junior series winner Lizzy Edge getting her title defence off to the perfect start as the fastest junior female in the race and finishing third overall.

There were in fact four juniors in the top eight including last year’s Youth B overall champion Beth Cook, who has stepped-up to the junior series in 2022. Cook was second behind Edge in the junior battle with Martha Calton-Seal third, one place ahead of Lily Scott.

Crossing the line first in the combined junior and senior race was Jess Fullagar, who was the fastest senior woman having led from the bike to the finish to claim the victory. Fullagar finished ahead of Issy Morris and Hollie Elliott, who were second and fourth overall, respectively. 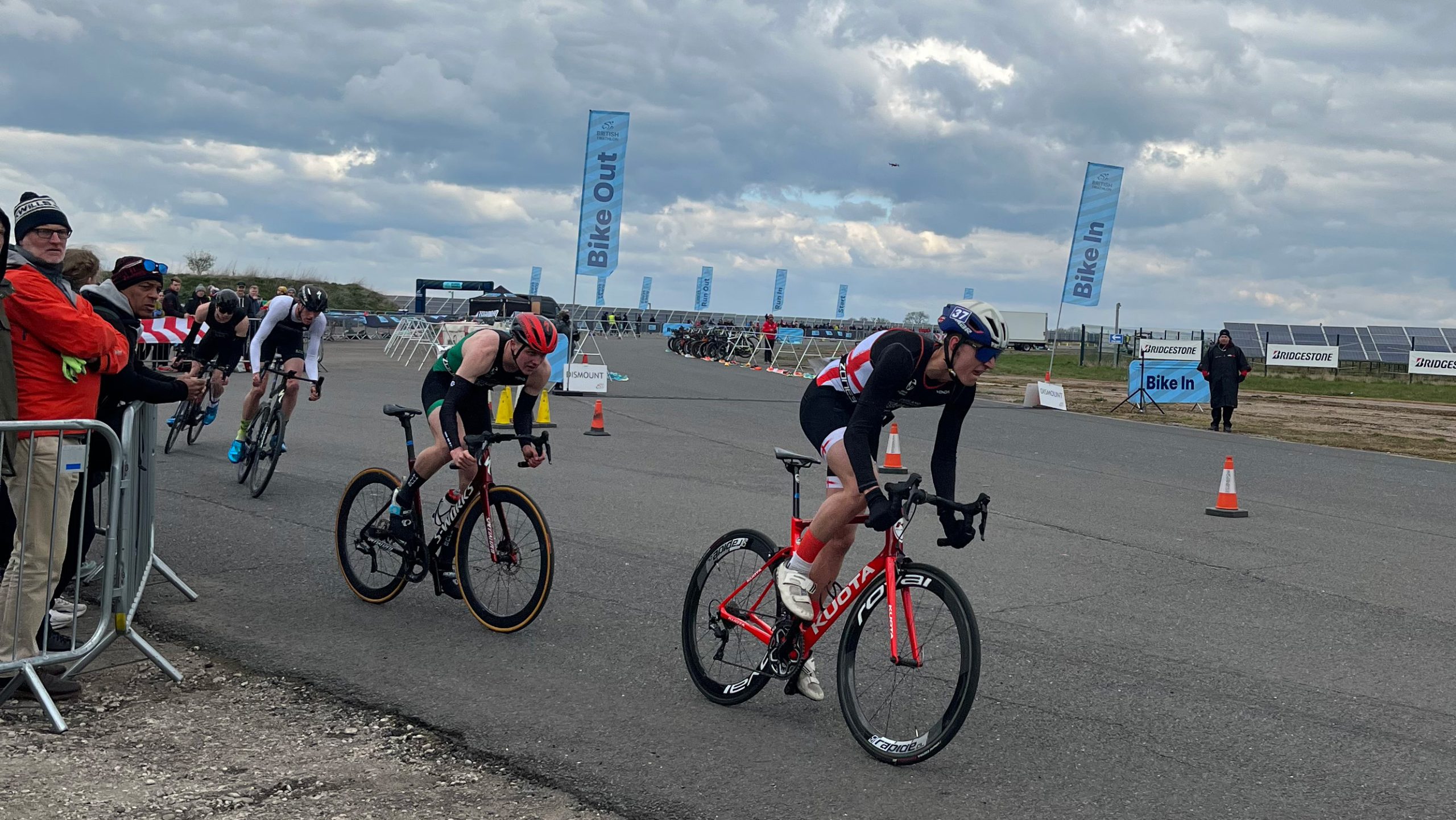 Due to the number of athletes who had entered, the junior men and senior men were split into separate races meaning it was a straight fight for the junior race victory.

It was Ryan Symington who was first to cross the line, exiting transition two in the lead and holding off the challenge behind to win by five seconds ahead of Hugo Jinks. Behind Symington, the places kept changing with plenty of movement in the top ten on the run.

Jinks used the run to move up a few places, while Osian Perrin posted the quickest run of the race to finish third having been 12th at the end of the bike and over a minute behind third place.

It was then over to the senior men, with Chris Perham claiming the win having made what proved to be a decisive move on the run. The victory was secured despite the battling efforts of Hugo Milner who came from 17th heading onto the run to second place and within five-and-a-half seconds of Perham by the finish. Niall Caley completed the top three.

The results from the weekend will be used to allocate starts and the order of entry for the initial races in the series, including the next leg of the British Triathlon Super Series in Llanelli on Saturday 14 May.

View the results from the races here.