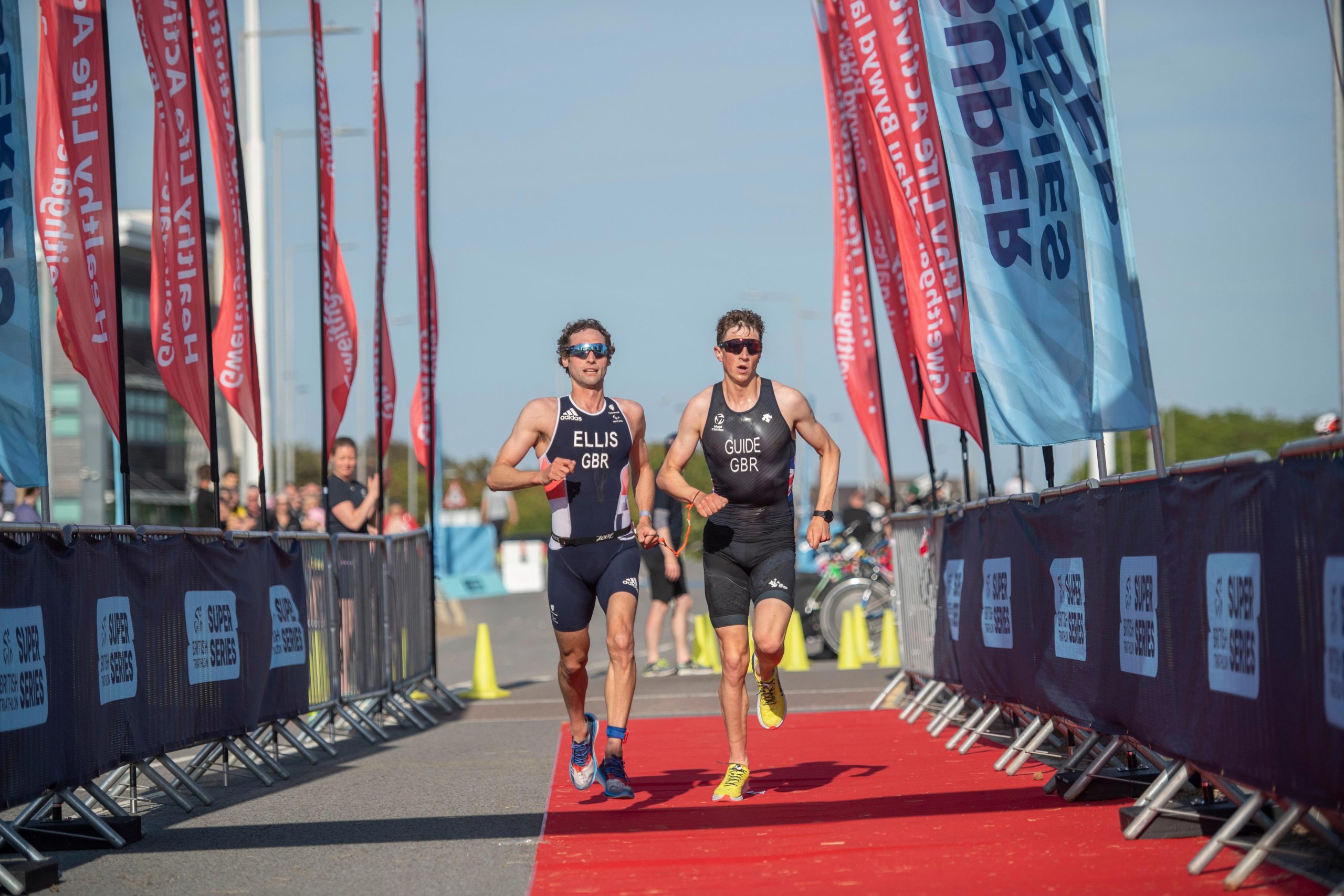 Summer of paratriathlon in South Wales gets underway in Llanelli

With the World Triathlon Para Series coming to Swansea in August, paratriathlon is taking centre stage in South Wales this summer and Llanelli gave a flavour of what’s to come with the first of two Welsh stages in this year’s British Triathlon Paratri Super Series.

Four-time world and European champion Dave Ellis and his guide Luke Pollard followed up their win at last month’s British Paraduathlon Championships – the first race of the Paratri Super Series – with victory in the men’s PTVI in Llanelli.

Speaking after securing the win, Ellis said: “It’s our first triathlon of the season so it’s good to get a hard race in, blow off the cobwebs and get a good race in.

“We’re looking forward to Swansea, it’s great to have a big race back in the UK. It’s one you want to be at every year and do well for the home crowd, it should be awesome.”

Pollard added: “I know Dave’s capable of it, but he properly turned it on today. It was pretty hard work just to keep up with him. It’s a really good start to the season, so hopefully it sets us up for a special season ahead.”

London 2012 and Rio 2016 Paralympian Mel Nicholls was competing in her first paratriathlon event, using the fact the British Triathlon Paratri Super Series events are now open to unclassified athletes to take part in her first event.

The world and European medallist in para-athletics has set world records when handcycling from Land’s End to John O’Groats and also around the coast of the UK unsupported, with Llanelli her first experience of combining swim, bike and run.

“I was pretty oblivious as I was going around, I think I had such tunnel vision of just race mode completely. Although I’m used to racing bike and wheelchair racing, putting it altogether there’s a lot to think about, so a lot of learning has come from it.

“But it was a brilliant experience and now it’s over I did enjoy it. I just wanted to do well for myself and perform like I know I can even though it is a completely new sport and I’m new to it I do still put high expectations on myself.”

In the women’s PTWC, Claire Danson claimed the 10 points for victory to end the day as one of the seven paratriathletes to add victory in Llanelli to their wins at the British Paraduathlon Championships. 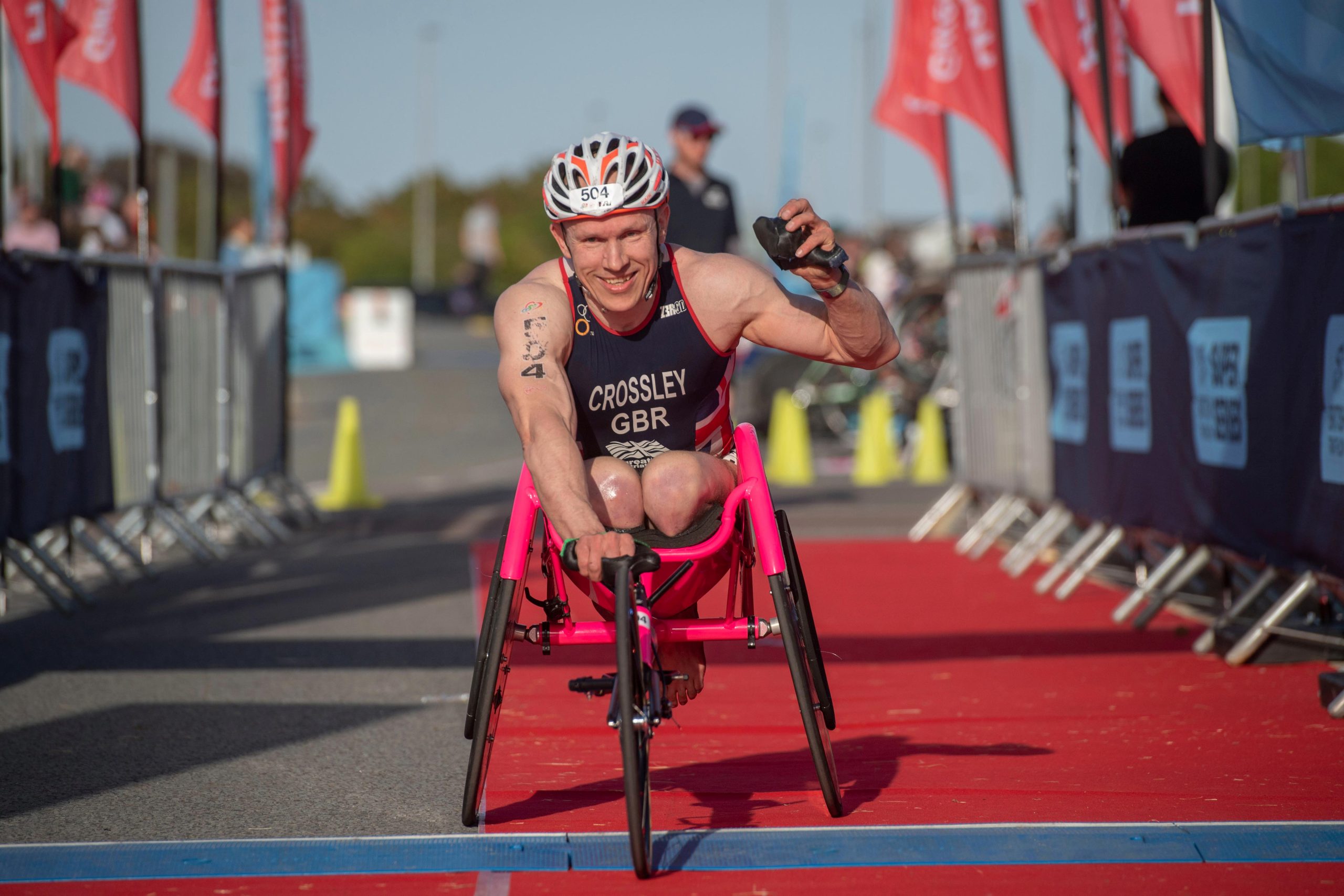 Bret Crossley also secured maximum points in Llanelli, claiming the win in the men’s PTWC ahead of Darren Williams and Chris Feeley to add to his victory at Prestwold Hall last month in the British Paraduathlon Championships.

“I really enjoyed it,” Crossley said. “I found the swim really, really tough, but I haven’t done that much swim training, so I was glad to get out the water. I enjoyed the bike, I do a lot of bike training so that went really well. I’ve not been pushing the chair much so I was really happy with that as well.

“My transitions went a lot better than they usually do so it was nice they went reasonably smoothly. I love triathlon and I think the Swansea event is going to be really big, so I’m hoping I’m going to be able to take part in that.”

There were also maximum points for Megan Richter and Finley Jakes who were victorious in the women’s and men’s PTS4 races, respectively. Shona Brownlee and David Jones also picked up a good total of points with second-place finishes in the PTS4 categories.

Reflecting on the race and the win, Richter said: “I wasn’t expecting much because I came in with a foot injury, so I was just working on things like transition. I was just happy to finish, it was really nice being by the sea, I had a good time.

“I can see improvements in so many different places, just small things that can save you a lot of time like making a more aero position on the bike. I can see big improvements everywhere so it’s nice.

“There was great support on the course, every time I went around a corner there was lots of cheering so that spurred me on.” 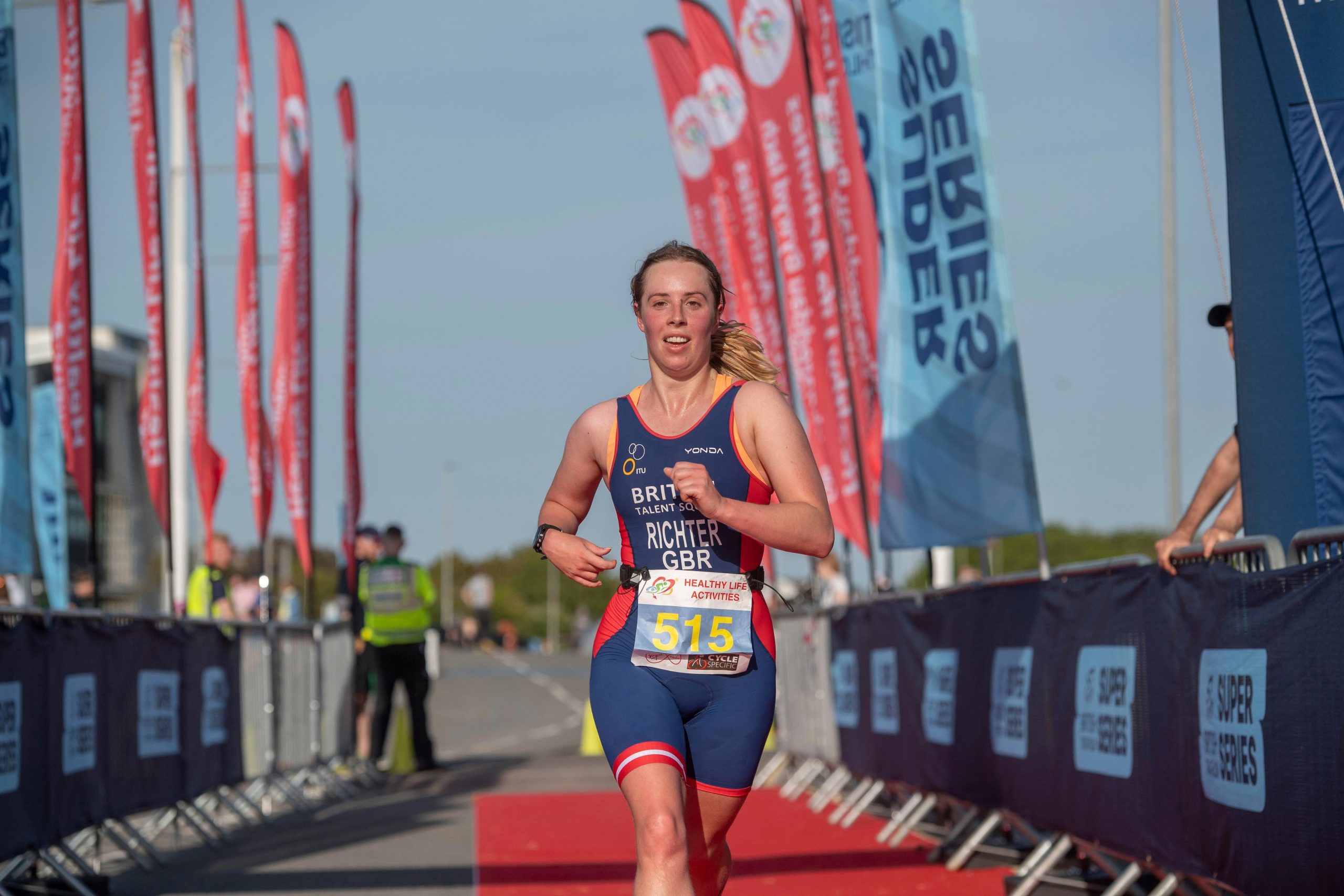 British men’s PTS5 champion Michael Sailsbury won on his return to Llanelli, 12 months after competing in only his second ever paratriathlon at this event last year. Continuing his development in the sport, which has included representing Great Britain internationally, Sailsbury crossed the line first in the men’s PTS5 ahead of Thomas Barnard.

Commenting on the race and his development since he last competed in Llanelli, Sailsbury said: “It’s great to be back. Llanelli last year was my second ever triathlon so to come back and do the same course and do it better and right all those mistakes from the first time feels quite good.

“It’s a great series of events. I really enjoyed the duathlon earlier in the year and there’s also the next event at the British Champs at Eton Dorney which I’m really looking forward to. It’s a great chance to race competitively nationally in preparation for some of the international events coming up.”

Volvo 2022 World Triathlon Para Series Swansea will bring the best paratriathletes in the world to South Wales in August, with the Paratri Super Series race also providing the opportunity for up-and-coming paratriathletes to race at the same venue.