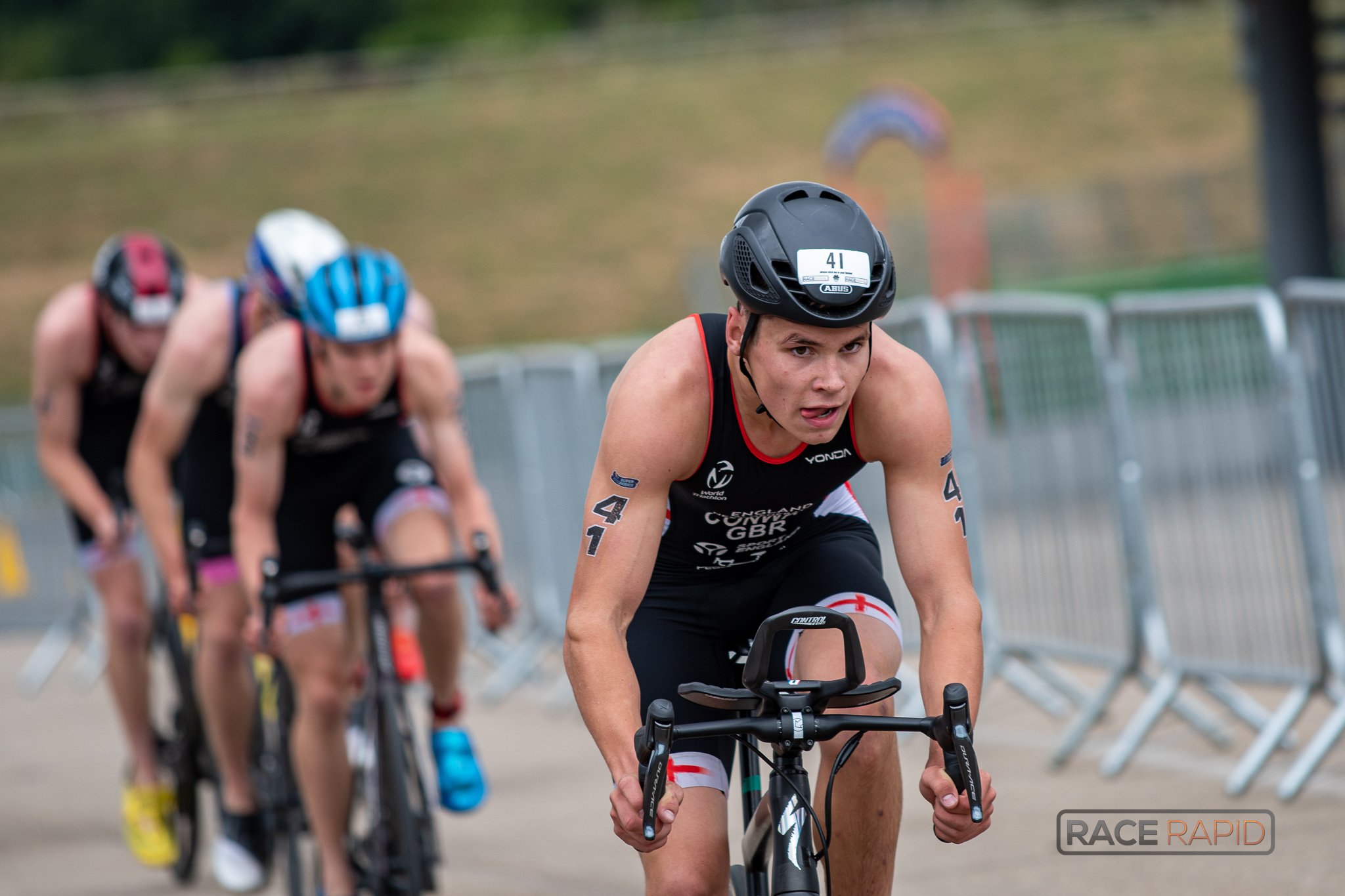 Featuring the youngest athletes in the Super Series, there’s always new talent discovered each year. This year Youth A athlete Lauren Mitchell has been one of the breakthrough stars since announcing herself on the Super Series stage by not only claiming the Youth A win at the Performance Assessments in April, but also being the first Youth (both A & B) over the finish line.

Since then, wins in Llanelli and Mallory Park have followed with the Super Series debutant the current leader in the female Youth A rankings with maximum points heading into the Grand Final.

Siena Stephens is currently the closest challenger to Mitchell in second place overall, including victory in the aquathlon at Bowood House and a third-place finish in Llanelli.

Helena Coy and Gabriella Horne were second and third, respectively, last time out at Mallory Park and are currently joint-third overall, but with an additional quarter worth of points on offer in Sunderland things could all change heading into the final race at Eton Dorney next month.

The male Youth A rankings are the closest of all the Youth standings with the top-four all claiming at least one race victory in 2022 so far.

Rory Bryant is the only athlete to have secured more than one win in the series so far and leads the rankings heading to Sunderland with maximum points after his wins at the Performance Assessments and Lochore Meadows.

Brandon Pye was the winner last time out at Mallory Park and will be hoping to make home advantage count in Sunderland with Pye living just five miles away from the seafront at Roker, where this weekend’s Super Series Grand Final will be held.

Like Pye, Joshua Prendergast also has a win and two second-place finishes to his name this year and the winner from Bowood House is tied second with Pye in the overall rankings, only 187.5 points behind Bryant, setting-up what promises to be a fantastic battle on the Sunderland seafront.

It’s close between the athletes in the places below too with Llanelli winner Alex Dack in fourth, only 50 points ahead of Luke Holmes and Harry Maxwell in tied fifth. They will also be ones-to-watch in Sunderland having had two podium finishes each in 2022.

Last year’s runner-up in the female Youth A rankings Millie Breese has again been one of the most consistent performers in this year’s Super Series having made the move up to the Youth B category this year.

Breese tops the standings with maximum points having not finished outside the top-two in the four races she has competed in this year including wins at the Performance Assessments and Llanelli.

Eve Whitaker is currently second in the overall rankings and has again been consistently near the front of the race throughout this year, with two third place finishes and a fourth place to add to her win at Mallory Park last month.

With Breese from the north east and third-placed Ellie Van de Merwe also from the region, expect to see two local athletes challenging towards the front in Sunderland. Van de Merwe, who like Breese is part of the North East Regional Academy, was second in Llanelli and third at both the Performance Assessments and Mallory Park.

World junior cross triathlon champion Isla Hedley will also be an athlete to watch and is currently fourth in the standings.

With a tie at the top of the standings, Sunderland will decide which Youth B athlete heads to the final race at Eton Dorney next month as the Super Series leader.

There’s currently nothing to separate Oliver Conway and Deri McCluskey at the top of the Youth B rankings, with both claiming maximum points so far. Between the pair, they’ve won four of the five races in 2022 so far, and, while Conway does have one more victory to his name, with only the two best results counting ahead of Sunderland, both athletes have the maximum 5000 points.

Christo Chilton is currently third overall having been a regular in the top-three at events this year with two second place finishes, including at Mallory Park, and third at Bowood House. Josh Cumberland was second in Llanelli and has three top-three finishes in 2022 and is fourth overall, with Josh Geary one place further back in fifth having been ever-present in the top-five this year.

Aside from Conway and McCluskey, Harry Courtney is the only other athlete to have won this year, with the North East Academy athlete winning at Lochore Meadows and is currently ranked sixth overall.

The full Super Series rankings can be viewed here.