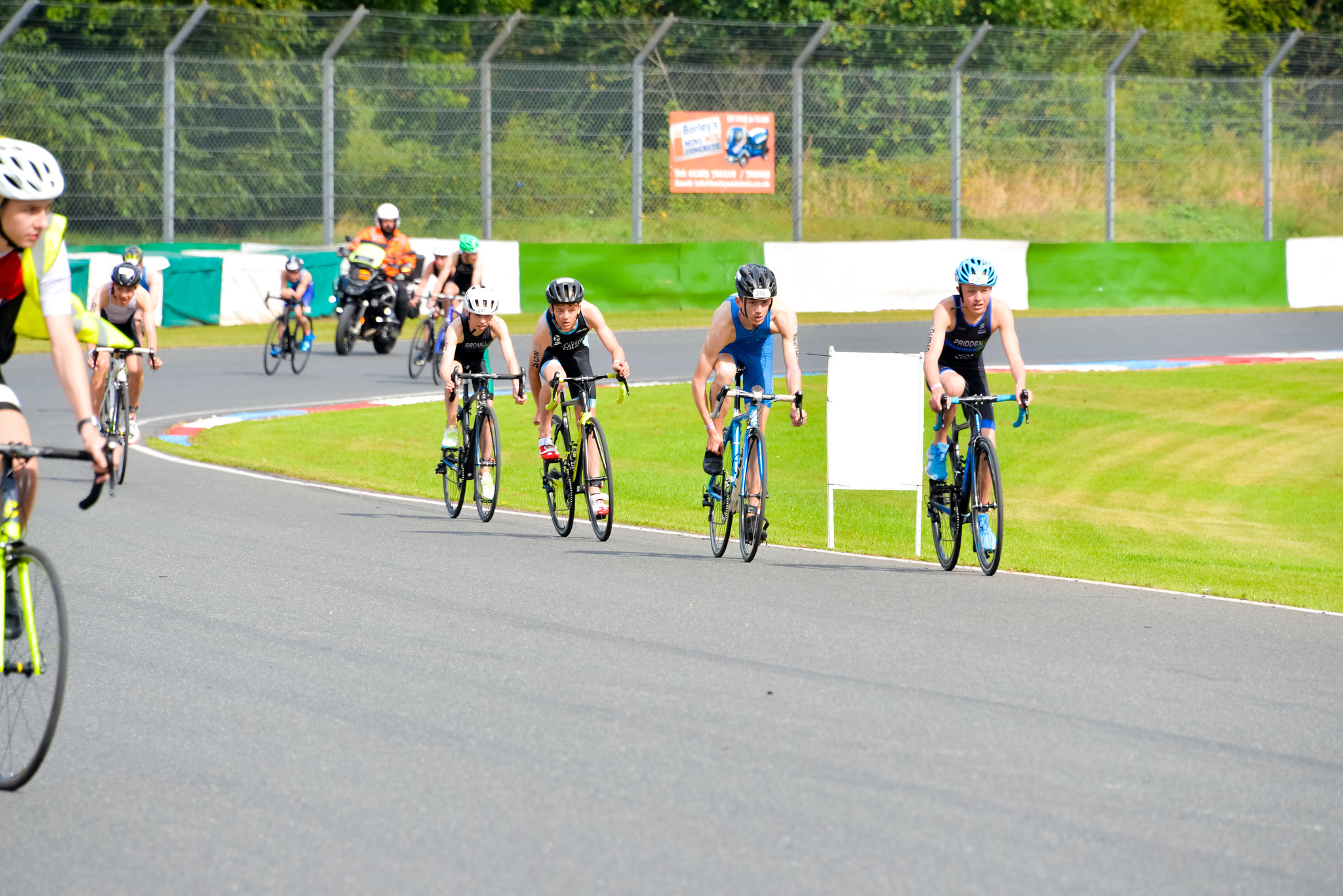 Youth, junior and senior athletes competing in this year’s British Triathlon Super Series will head to Mallory Park on Monday (25 July) where there will be the latest opportunity to add to their Super Series points tallies during a busy day of racing.

It’s set to be a full day of swim, bike, run at the Leicestershire motor racing circuit with athletes competing in the heats in the morning and then the finals in the afternoon before an opportunity to compete in the mixed relay at the end of the day.

Mallory Park is the final race for the athletes competing before the British Triathlon Super Series Grand Final in Sunderland – where there will be more points on offer – and then the Youth & Junior and Senior Super Series Finale at Eton Dorney in September.

The racing at Mallory Park begins at 8:30am with the first of the day’s heats which will see Youth A and Youth B athletes race followed by the combined junior and senior races.

The super sprint distances will vary for both the heats and finals and for youth and junior/senior athletes.

Athletes will be able to qualify automatically through to the A final through their finishing position in the heats, although the number of automatic qualifiers in each heat will depend on the heat size. For example, in a heat of 40 athletes it will be the top 16 across the line that automatically qualify to the A final.

Athletes who miss out on an automatic spot can still qualify for the A final through having one of the next fastest times, but, again, this number will depend on the number of athletes competing.

Athletes who do not qualify for the A final – either through an automatic or fastest loser spot – will contest the B final.

As with all British Triathlon Super Series events, points will be awarded depending on the athletes’ finishing position in the day’s finals and will then be used to calculate the updated standings ahead of the Grand Final.

The day will end with the mixed relay which will be an opportunity for athletes to prepare for the British Triathlon Super Series Grand Final where there will be a mixed relay on the Sunday. The distance for the mixed relay is a 200m swim, 2km bike and 500m run.

Many of the athletes ranked in the top-10 in their respective category will be competing at Mallory Park.

Lauren Mitchell and Rory Byrant are top of the Youth A standings in the female and male categories, respectively, having both received maximum points from two of the three events in 2022 so far.

All of the current top-10 in the female Youth B Super Series are on the start list including series leader Millie Breese. With two athletes currently top of the male standings in Youth B, the race at Mallory Park will determine who will be top heading to Sunderland with Oliver Conway and Deri McCluskey leading the standings ahead of Mallory.

There’s also a tie at the top of the female junior standings with nothing to separate Bethany Cook and Lizzy Edge on points so far, with both racing at Mallory Park. There could be a new leader in the male junior rankings with current leader Ryan Symington not racing on Monday, leaving Llanelli winner Joe Sherman as the highest ranked athlete and currently second overall.

The event schedule and event information can be viewed on the event page here.